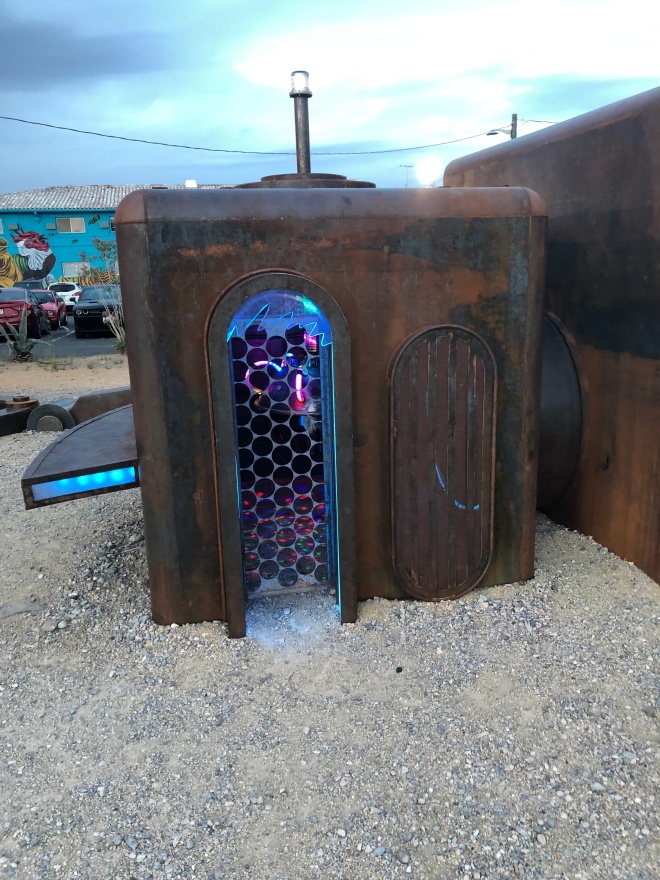 They say that your body is your home, but in this home, he is never alone. They all come to visit, late at night, uninvited, and always over staying their welcome. The more he asks them to go away, the more they plant their roots to stay.

She has been aware of this for quite some time. Each joke that he makes allows one to escape. She catches them, hoping that they will stick to her and let him be. She tries to be the hero like the ones from the stories that she read while growing up. But she knows the truth. In this world, heroes do not exist – not the way that they are fantasized to be. We are all just scared, alone, and afraid. She is no different yet she attempts to suit up and be the protector, still frightened.

He is choking now. These demons never rest. He opens his mouth to scream, not knowing that his fear is what allows them to be. With each worry, another creature breeds into existence. His cries for help are useless – he is only creating chaos.

She inhales, now greeted by visitors of her own. Never exhales. She holds her breath until every last one has entered her being. At last she lets out a sigh. She consoles him, “It’s okay,” wondering what it really means to be okay when your house can no longer be a home. She feels the pests inside of her, tearing her apart, begging to breed once more. She swallows, ignoring the lump in her throat for she knows that the creatures have band together to abscond.

His breathing has softened. The monsters are gone, but the pain is still raw. The two of them have defeated the monsters in this moment all while breathing a new form into being. One that she, nor he, can tackle alone. One that would not exist if she, nor he, would have shared their worries.

Instead of consuming them, this plague hovers over them, waiting for a moment of weakness. A moment of darkness. She would rather sacrifice herself than have her brother experience this iniquity, but she knows that such a sacrifice would be temporary. These creatures are nomadic, never happy with the nest that they build because the moment they situate, they destroy.

She pulls him closer and says nothing this time. Silence seems like the best answer to the unasked questions that linger between them. They both inhale. Afraid.