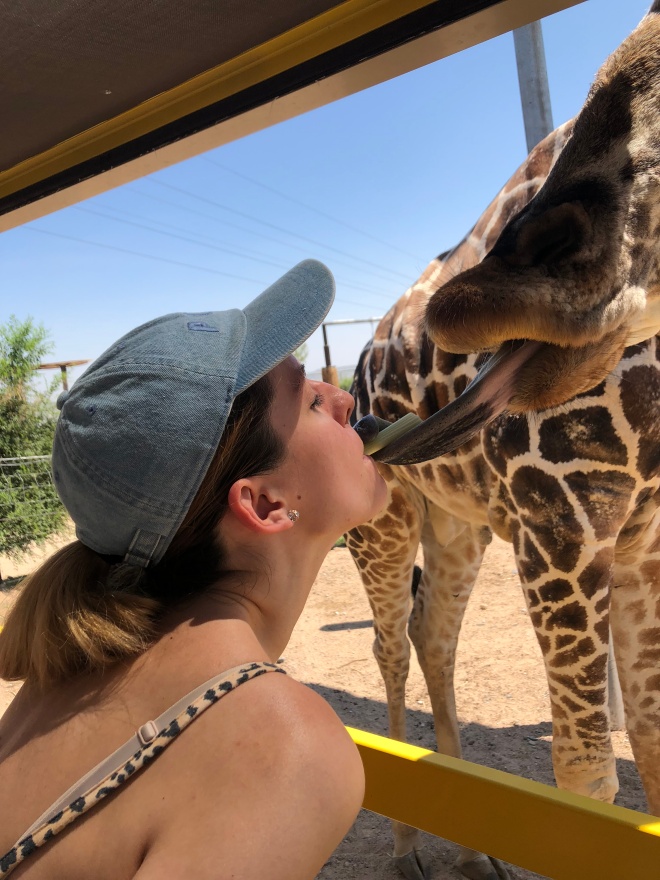 I recently took a trip to Arizona, and out of all my mini adventures, it was surprisingly the most thrilling. Typically, when you think of Arizona, adrenaline might not come to your mind. That word is probably replaced with hiking, death rays (or to Arizonians, “sunlight”), ASU (which is basically an entire neighborhood devoted to a college), and of course, the Grand Canyon.

To begin this post, I think that it is important to establish that I am a nervous wreck. Not in that cutesy “I have anxiety” type of way that people actually believe is amusing (those memes that float around with “SAME!” when someone is excited because their social plans are cancelled) – because, if you are like myself, you know that the nerves are inhibiting. In fact, I often do not even get to experience the excitement of cancelled plans because I cannot muster the strength to even arrange anything. To explain, I am constantly in a state of worry and paranoia. When I was discussing with colleagues that I was planning a trip to Arizona, one of them suggested to rent an Airbnb, to which I politely responded, “Hmm, maybe,” whereas my mind went, “Yeah, no fucking way. I am trying to relax on my vacation, not partake in some thriller where I am bound to die.” It is not a joke either, in my mind, I truly believe that it is a possibility. Whereas that might not seem as far-fetched, my nerves prevent me from other activities as well. Up until recently, I have had an incredibly irrational fear of someone breaking into my window. My room is in the basement – it is physically impossible for someone to fit into my window – unless they are a contortionist (a possibility that I have considered). When I’m in the shower, I’m afraid to wash my hair ’cause I might open my eyes and find someone standing there (how Rockwell wrote my life anthem 9 years before I was born still baffles me). Perhaps my crime induced paranoia stems from my late night binges of Law and Order as a child, so I will provide a few examples that are less criminal-based.

After quitting a horrible job as a barista in a Barnes and Noble Cafe (even though I was hired as a sales representative), I refused to step foot in the building because I was afraid that someone would recognize me (I mean, eventually I did return and quite honestly, no one cared). I love singing along when I listen to music, but you will never catch me performing karaoke because of my worry that people will watch and judge me. People that I know I have a less than 1% chance of meeting again, prevent me from fully enjoying myself.  There are many things that initially make me want to participate, but one millisecond of my brain processing turns into over-analyzing and then leads to me opting out. While we were at the Grand Canyon, there was a rock available in the middle of a flat spacious surface. I climbed on and immediately became terrified of falling, even though there were rails to prevent this and I was nowhere near them, and even if I fell, I would not be near them. These are just some of the ‘irrationalities’ that my anxiety uses to constantly disrupt my reality.

In Arizona, I fought those worries. We drove 2 1/2 hours to Grasshopper Point – for those of you not familiar, it is a creek located in the mountains, surrounded by cliffs. Naturally, thrill-seekers dive off the cliff. I watched in awe. When would one have the chance to be able to do this? Specifically, when would one from New York have the chance? I was met with an itch to join the cliff divers (many of whom were far younger than me), but my mind immediately went to work: Look at how many people are watching. What if you make a mistake? (If you are wondering what mistake could possibly be made, take it up with my mind since it was convinced that there could be one, and even more convinced that I would be making it). People are wearing shoes, they probably need it to protect their feet from the rocks after the fall, you don’t have shoes. You are wearing a bikini, the pressure from the drop might cause it to loosen and fall. Out of all the scenarios running through my mind, this seemed the most plausible, so I suppose that is why it stuck with me. My boyfriend could see that I was compelled to join them, but I told him that I wanted to watch a few more people jump (apparently, I would be able to watch enough divers to master their technique). I decided to go for it, but as I approached the cliff, the bikini issue came back. I was offered a t-shirt. Shit, now what’s your excuse? Since the t-shirt remedied one of my main anxieties, I found myself climbing. When I reached the top of the cliff, my fear intensified, my longtime fear of heights did not necessarily help. What if I slip when I try to jump? What if I somehow defy the laws of gravity and sink instead of float back up? What if this jump kills me? My dad would be pissed if I died from this. I would be pissed if I died from this. I pushed my entire body against the rock and watched those around me plunge to their deaths as their bodies rose from the water while they laughed like the maniacs that they were. In that moment, something clicked, or perhaps unhinged. I didn’t want to watch – I wanted to be involved.

I jumped. You may expect me to describe the beauty in that moment, how alive I felt, but it wasn’t majestic or graceful – it was awkward and chaotic. I swam back to the shore, freezing. But that was the point. I. SWAM. BACK. TO. THE. SHORE. Meaning, my mind was wrong, I jumped, I lived – I could do it again (if I had another two hours to spare to find my courage once more). This time, I would not wallow in regret on my ride home. I did jump of the cliff and it was exhilarating.

The next day, we went to a wildlife preserve and were given the opportunity to feed a giraffe. We had the option of hand-feeding, or placing the celery between our lips to receive a kiss. I wanted to do the latter, but I was met with the typical obstacles. What if you mess up and everyone sees? What if you somehow break the celery in half and it falls on the ground? What if you pull back when the giraffe comes and everyone sees what a baby you are? “But I won’t be seeing these people again,” I told my mind. But you will be with them for the rest of this ride. How egotistical. As if these people journeyed all the way here just to watch me mess up. I know it sounds absolutely ridiculous, and that is the worst part, knowing it, but not being able to change it. Yet once again, I found myself asking, when would I ever have another chance to do this? I fed him twice, and the second time, I was so mesmerized by the creature in front of me, that I did so without thinking. I did “kiss” a giraffe and I did not need to buy a t-shirt to remember it ($30? I don’t think so).

Afterwards, we went to a reptile show that needed volunteers. Without knowing what it was for, I put my hand up immediately. Unlike many moments in my life, I was selected. We all walked over and they revealed the biggest python that I have ever seen. We were told that we would be the ones to remove the python from its bin. I was a participant in a show – people were kind of required to watch me. But I did not care. The excitement of the moment superseded my anxiety of a “what if?” future. I did hold a python and that shit was heavy.

I know that this trip did not remove my anxiety. It is a trait that will continue to follow me for the rest of my life. I have not transformed into an adrenaline junkie, nor will I be an Airbnb renter in the near future. However, this trip allowed me to tackle my anxiety head on. Instead of allowing my anxiety to dictate my actions and force me to remain as an observer, I challenged it. And each time, I was pleasantly surprised. I do not want to remain the king of wishful thinking, I want to dethrone the “I would, but” and knight the “I did and.” 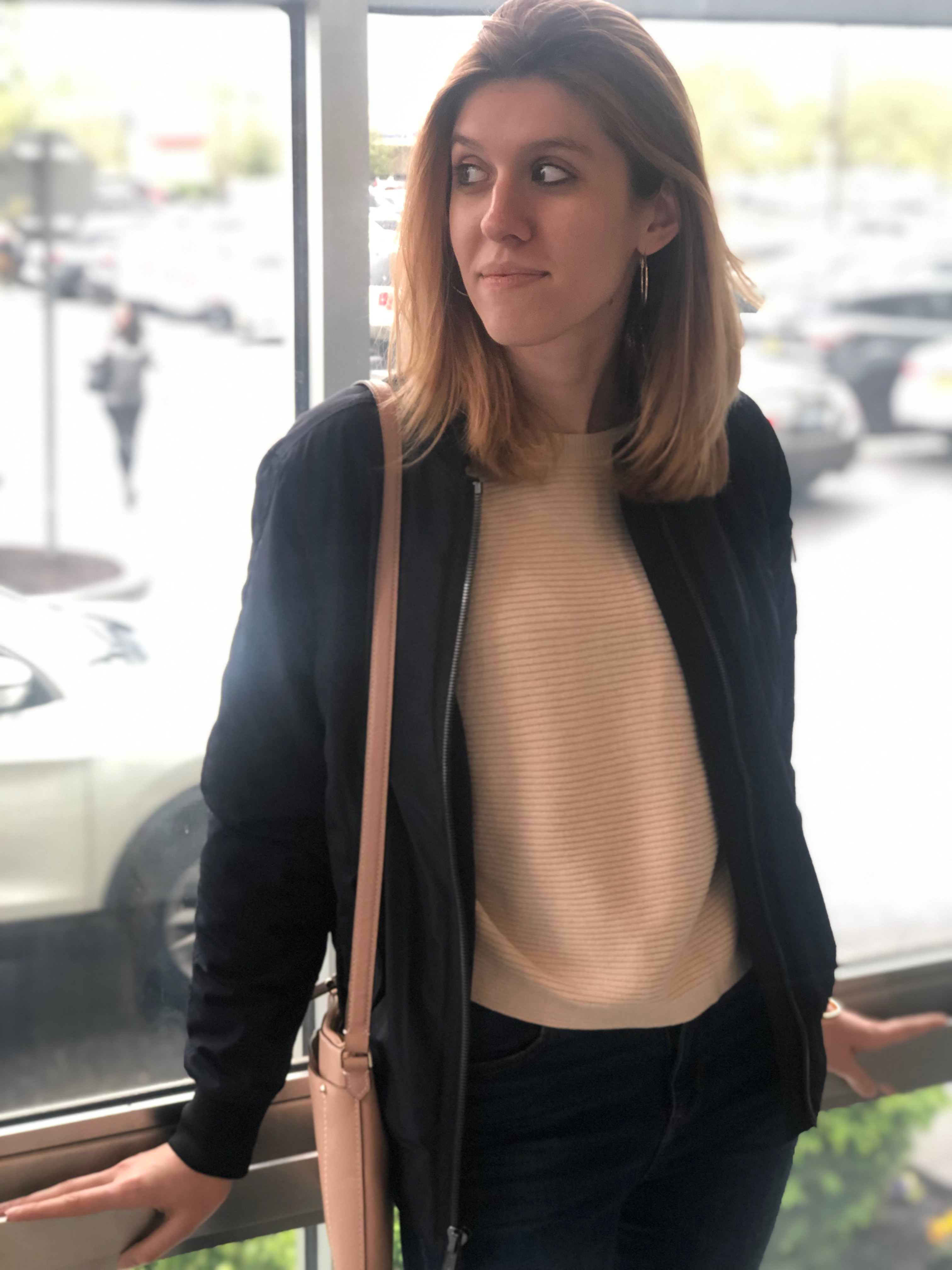